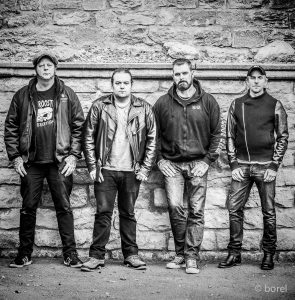 About the band:
Wild Rooster is a Swedish Rock’n’Roll band which was started back in 2007 by their front man Steve Riot and his former bass player. In these years they played all over Europe as well as gigs in Japan, the United States and in Brazil. The band also released 5 albums.

Wild Rooster is mainly known as a Teddy Boy band, but the diversity of their songs and the engagement of a double bass player allows them to thrill a wide spectrum of different music lovers.

After a rather calm period following the leave of their original bass player Wild Rooster is ready to hit the road again.